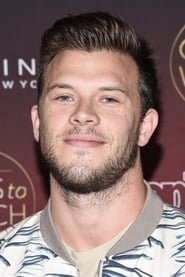 James Richard Tatro (born February 16, 1992) is an American actor, comedian, writer and YouTube personality. He is the creator and star of the YouTube channel LifeAccordingToJimmy, which has more than 3.4 million subscribers and over 595 million video views. Tatro writes, produces and directs each of his video sketches with his friend, Christian A. Pierce. Tatro has appeared in Grown Ups 2, 22 Jump Street, Camp Manna and Blue Mountain State: The Rise of Thadland, Stuber, and the music video for "Freaky Friday". He also starred in the first season of the true-crime mockumentary American Vandal, as Dylan Maxwell which garnered him critical acclaim.