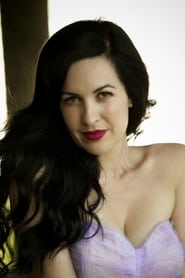 Erin Grey Van Oosbree (born August 24, 1973), credited as Grey DeLisle and Grey Griffin, is an American voice actress and singer-songwriter. She has done voice acting for numerous animated films, television shows, and video games. She has been the voice of Daphne Blake in the Scooby-Doo cartoons and direct-to-videos and other appearances since 2000. In video games, she voices characters such as Amanda Valenciano Libre from Metal Gear Solid: Peace Walker and Jacqueline Natla in both Tomb Raider games; Anniversary and Underworld. From Wikipedia, the free encyclopedia