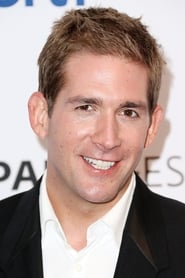 From Wikipedia, the free encyclopedia Eric Kyle Szmanda (/səˈmændə/; born July 24, 1975 height 6' (1,83 m) ) is an American actor. He portrays Greg Sanders in the CBS police drama CSI: Crime Scene Investigation, a role he has held since the show began in 2000.Szmanda was born in Mukwonago, Wisconsin, the son of Elaine (née Enders) and Donald Szmanda,and has two brothers, Brett and Rob. He attended Mukwonago High School and graduated at the age of nineteen at the American Academy of Dramatic Arts in Pasadena, California. While he was in school, he began marketing internships with music conglomerate BMG and moved to Chicago, Illinois to take a full-time job in the music business.[2] His great-uncle Ray Szmanda is the "Menard's Guy," a local celebrity in the Midwest famous for his enthusiastic ads for Menard's hardware stores.