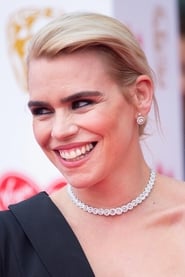 ​From Wikipedia, the free encyclopedia. Billie Paul Piper (born Lianne Piper, 22 September 1982, in Swindon, Wiltshire) is an English singer and actress. She began her career in the late 1990s as a pop singer and then switched to acting. Her most famous role is as Rose Tyler, companion to the Doctor in the television series Doctor Who from 2005 to 2006, a role she reprised in 2008 and 2010. In 2007, Broadcast magazine listed Piper at no. 6 in its "Hot 100" list of influential on-screen performers, the top woman on the list. Since 2007 she has starred as the high-flying escort Belle de Jour in the TV series Secret Diary of a Call Girl. Description above from the Wikipedia article Billie Piper, licensed under CC-BY-SA, full list of contributors on Wikipedia