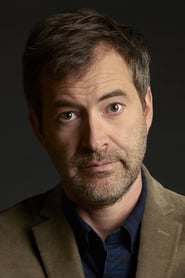 Mark David Duplass  (born 7 December 1976) is an American film director, film producer, actor and screenwriter. Duplass was born in New Orleans, Louisiana. He is the brother of director and writer Jay Duplass. He is also the lead singer of the rock band Volcano, I'm Still Excited!!. Duplass is one of the founders of the mumblecore aesthetic. He co-wrote the film The Puffy Chair and co-directed the film Baghead with his brother Jay. He currently stars in the FX comedy television series The League with his wife Katie Aselton. Description above from the Wikipedia article Mark Duplass, licensed under CC-BY-SA, full list of contributors on Wikipedia.