The Vampire Diaries is a Drama Fantasy Horror Romance TV Series created by . It stars Zach Roerig, Matthew Davis, Michael Malarkey, among others.

The Vampire Diaries is currently rated 8.3 stars on the ReelBugs scale. 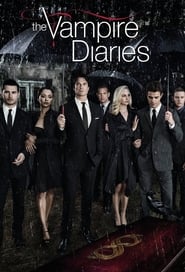 The story of two vampire brothers obsessed with the same girl, who bears a striking resemblance to the beautiful but ruthless vampire they knew and loved in 1864.

The story of two vampire brothers obsessed with the same girl, who bears a striking resemblance to the beautiful but ruthless vampire they knew and loved in 1864.

Vampire Diaries was made before Twilight was ever made and TVD has a better story than Twilight anyways,

is it just me or are like more than half of these guys hot!!🔥

Lol at these people who are judging TVD based on this video.

It's a fanmade trailer, it doesn't even really show what the show's about (no offense to the editor, it's a really good video, but just pointing this out to people here as they don't seem to be able to read the description. Good job though).

It's definitely better than Teen Wolf in my opinion (and many others' opinions).

It's not based on Twilight or any of that shit. In fact, it's loosely based on The Vampire Diaries novels, which came out in the early 1990s, more than 10 years before Twilight came out.) And anyone who says Twilight is better 😂 lol dafuq, get out of here KID.

Don't even compare Elena/Nina to Bella/Kristen. Elena does not have her mouth open like Bella, and can actually smile and show expression, and you know, ACT. Actually, all the actors in this show are phenomenal, and Nina deserves a special mention. I mean the girl plays like 4 characters and owns each of them like a boss. Plus all the actors actually show EMOTION, something that Twilight actors lack miserably.

The show is not just about a love triangle. In fact, if you see other Youtube reactors, such as JuliDG and JayPerView, that is what they had first thought of the show as well. But look at where they are now, and they themselves say that they were wrong about this show being about a love triangle. Juli actually questions why she didn't watch this show before years ago.

This was so amazing that it could actually be an official trailer!!

Just wanna say that this trailer is what got me started on TVD.....I had no idea it was a fake trailer.
It is SO GOOD!
I know its from 2011 but it got my attention in 2014, which is when I started watching TVD, so THANKS! Keep up the good work!

Best show that I have seen in my life😭😍
Others shows like this???

this trailer is even better if you watched originals first :)

This show has the same formula as twilight. Actress that always has her mouth open + talks slow+ never smile + vampire + werewolf + a love triangle= a show that teenage girls wish was their life

1:09 OMFG when elijah DIDN'T have his hair pointing upwards

Added to my playlist "BEST TVD Fanmade Trailer" This was great and I love you because you're a delena Shipper, too :)

@missrichiestadadina awww thank you so much :D

@stelena1000 aww thank you hun :) I know i kind of left Stefan out lol slap my hand lol !!! I wanted to change the story a lil bit and changing the relationship was the easiest thing plus there is only so much time you have for a trailer.. I know i might have fit him in but I was really happy the way it turned out and was afraid to change it lol but for my next one I promise I wont leave him out!!! I am team Stelena but Delena is my guilty pleasure lol.. I'll chat with you later about the epi :D

this is amazing. best TVD trailer i've ever seen.

@Strawberryheartyou ive actuelly thought about making it a mini series on here lol !!! it's deff in the works lol will c if i like how it turns out :D thank you for your sweet comment :D

@elainecleo haha omg hun, you flatter me lol I didn't leave stefan out he was still in there just not actor credited lol You are soo sweet !!! Me have my own play-list OMG !!!! it's like winning an Oscar at the Oscars haha I'm on cloud nine !!!!! You are just soo sweet !!!!! luv ya xoxo

@BellaNessieCullen aww thank you :) and I agree paul is a huge part of the show but I wanted it to be a lil different and make it look like damon (ian) and elena (nina) are the main couple ... but for my next one I am sure to put paul in bc clearly that was my biggest mistake hehe

@SweetQueen3 I used Final Cut -- but i also could have edited it on Sony Vegas or Adobe Premiere and still could have have gotten the same results. I cut clips to tell a story and that followed the music - nothing to special :) I hope this helped and Thank you

is this show worth watching?

OMGOMGOMG THIS IS THE GREATEST VIDEO I HAVE EVER SEEN!! THE MUSIC THE EDITING THE VOICEOVERS AND DAMON AT THE END!! EVERYTHING ABOUT THIS IS COMPLETE PERFECTION

@Niconi22 bc i was trying to make ian and nina be the main focus and have three people was too much for the song but ur right it should only be fair lol and thank you i am so glad it looks like a trailer :D

@TheFinora Thank you so much :D and I didn't forget paul but I really wanted to focus on damon and elena !!! maybe wrong choice but what can you do :D I am so glad you enjoyed it and I typed in inception trailer music in youtube and got it from there :D

Shows Similar To The Vampire Diaries