Murder, She Wrote is a Mystery Crime Drama TV Series created by . It stars Angela Lansbury, among others.

Murder, She Wrote is currently rated 7.3 stars on the ReelBugs scale. 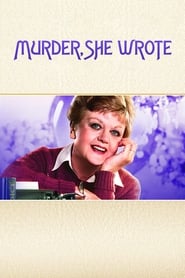 The box set arrived today. 72 DVD's of Jessica Fletcher escapades. I have already watched six episodes. The first two discs of Season One. The show has so much charm. More than I ever remember it having when I initially saw it. But then maybe that's because back then I didn't have the notion to watch it. Thank goodness for Home Video. Which means I will be able to relive the episodes I did see and get to see the vast majority of the show I didn't see. I am liking it so far. Pure escapism so it is. These days that is needed.

I can't believe the full 12 seasons + the 4 movies only costs £50. Yet season one on Blu-ray costs £40. Nothing wrong with the sound or picture on DVD. So it wins it for me. Especially for the price tag. This box set would make someone a nice Christmas present if they didn't already own it (just a thought for those reading this). The show has murder constantly throughout it's course. But it's light entertainment. Not dark and depressing.

I am going to get back into it once my supper is ready. Sit and feed my face while watching S3D3. Oh and all discs have Play All as a feature. Believe it or not some shows depending on how old the season dvd or box set is don't have play all as a feature. That leads to repetition of being forced to play one at a time. Also the box set HAS subtitles but the back of the box says it doesn't. All discs have them for season one. So I'm sure the reason of the seasons will have them as well.

Amazon UK has an exclusive box set. All 12 seasons and the 4 movies. All for £50. I'll be getting it soon. I love watching a lot of old shows. The nostalgia meter almost explodes when I put a DVD on from these kinds of shows. Ideal viewing day or night. But like sitcoms they are best at night or early in the morning.

Shows Similar To Murder, She Wrote